A trend you might have seen around the last few years are the little Scandinavian gnomes: short, stubby little characters with big beards, braids and tall pointy hats! These whimsical little creatures have become very popular over the last few years, appearing in cards, stamps and dies, kids books and crafts.

Reminiscent of Santa's elves, these little guys have become associated with the Christmas season and beyond. We just think they're too cute, so we decided to have a little contest to see which of of our two blog writers/project designers could make the best Christmas gnome!

Before we get started, here's the supplies you'll need: 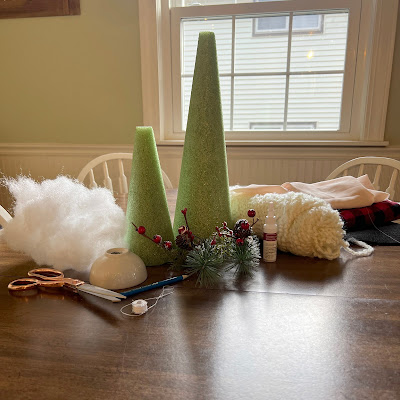 To put the gnome together, you have to make the separate parts first. For the "body," we just wrapped the fabric around the cone and glued it in place. Don't worry if the top isn't perfectly lined up, the hat will cover it.

Step 1: Trace a circle twice the size of your finished nose size and cut it out. I used a little bowl to make mine.
Step 2: Stitch the edge of the circle. It doesn't have to be perfect! 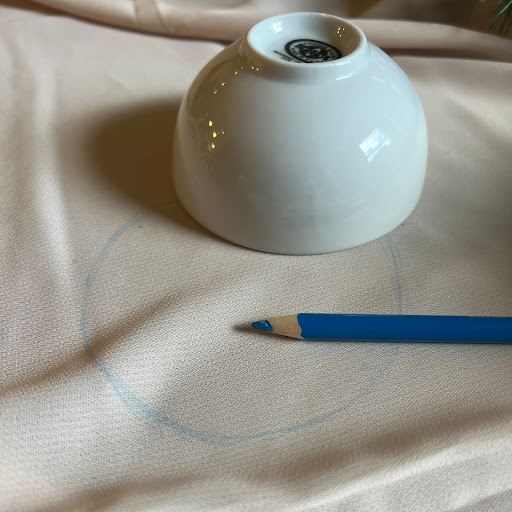 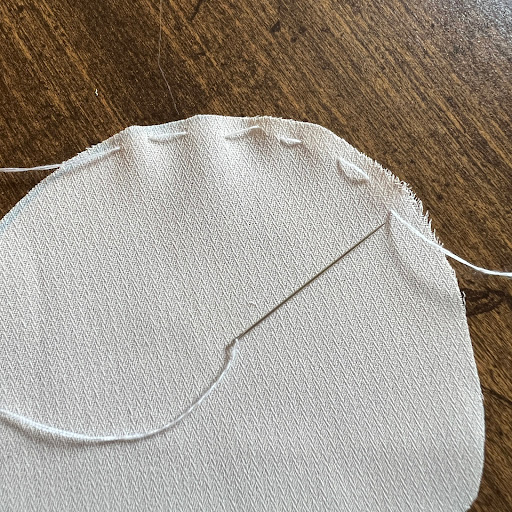 Step 3: Pull the thread to create a little "purse" and stuff with filling. You can use stuffing, cotton balls, scrap yarn, whatever you want! Don't overstuff, we want it to flatten out a bit. Here you can see it in two different sizes (if you're using the big cone or the smaller one). 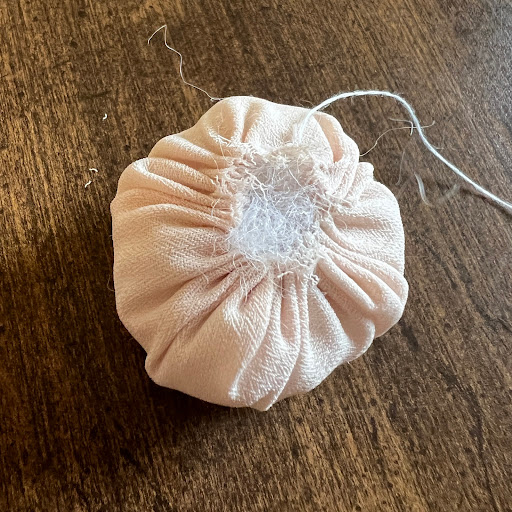 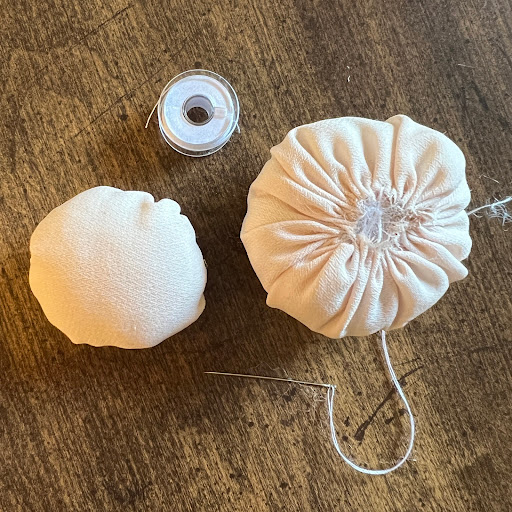 Step 1: To make the tall skinny cone, think of it like a party hat, then trim it down to wrap your cone. I recommend using a ruler so your edges line up!
Step 2: Roll up the cone and glue the edges (double check it against your foam cone, you want to be able to get one finger between the hat and the cone.) DON'T GLUE IT TO THE CONE YET. 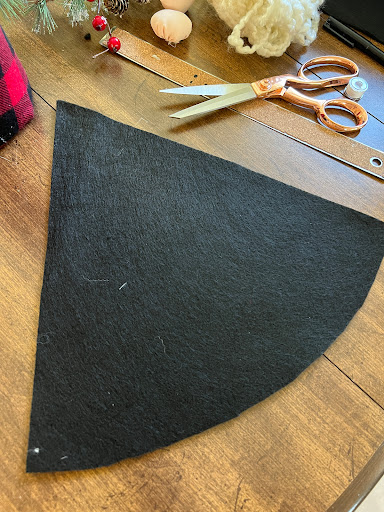 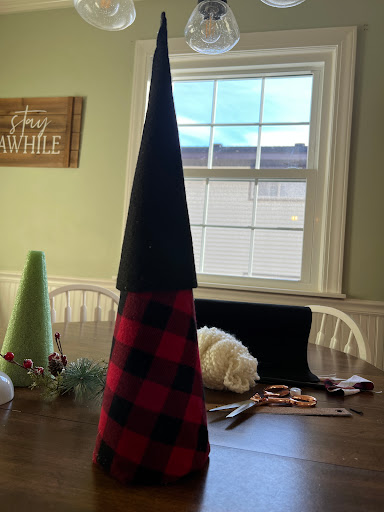 Step 1: To make the beard, we're going to make two layers. Start with a string that will wrap around the cone, and then knot your longer beard pieces to it like so: 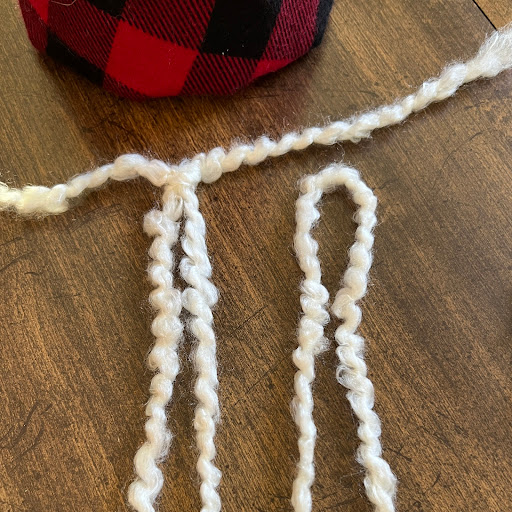 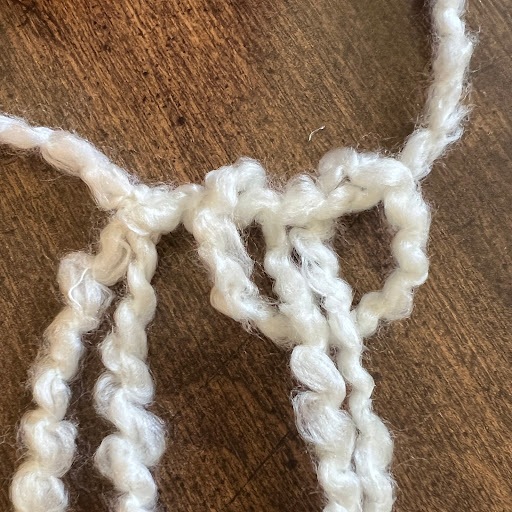 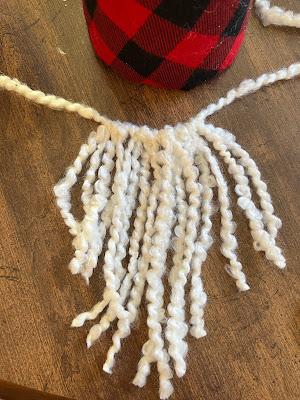 Step 2: Make a second string, with shorter pieces, and tie both to the cone, shorter piece on top of the longer piece.
Step 3: Take a comb or wire brush and gently brush the ends of the yarn out to make it fluffy, while maintaining some of the "curly" texture. 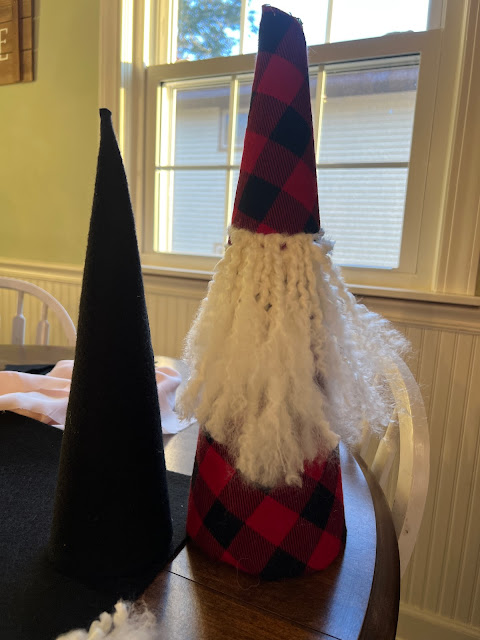 Step 4 (optional): Beard braids are optional, but I felt they added a little texture and some more Scandinavian flair to the beard, so I added them. Nine strands of yarn braided in a 3-strand braid. Secure to the top of the beard with a gap between them for the nose. Make sure the beard and braids are high enough up on the cone that they'll be covered by the hat. Give your gnome's beard some shaping and it's all set!

Step 1: Cut a little slit in your hat on the side to put your floral pick through.
Step 2: Place the hat over the beard, and secure with a few beads of hot glue.
Step 3: Glue the nose in between the beard braids so that it slightly overlaps the hat (almost like the hat is sitting on the bridge of the gnome's nose.) 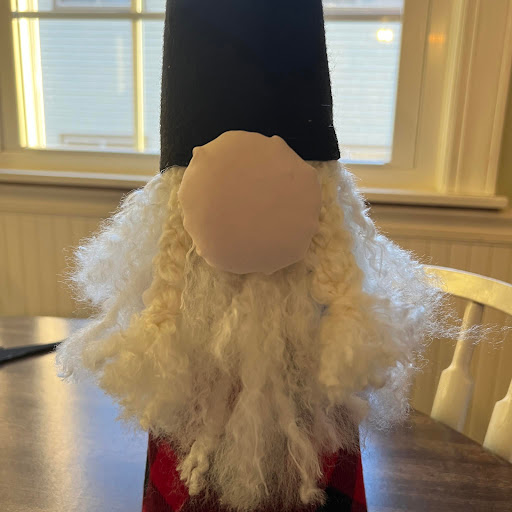 You're done!
Now that we have a bearded gnome, we need to give him a friend! Here's another option to make a beardless lady gnome! 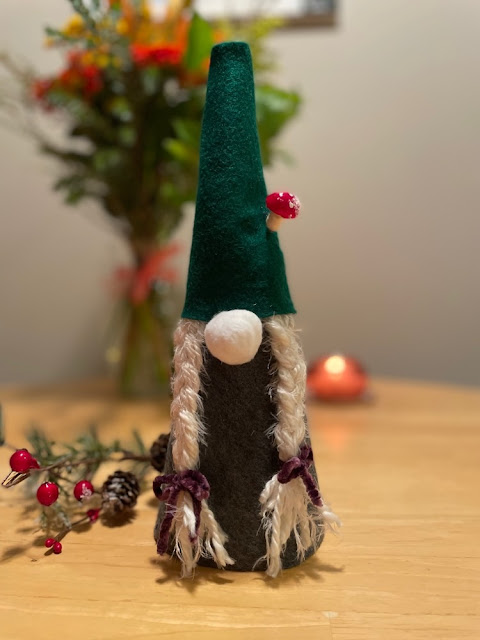 To make this version, skip the beard and make two 3-strand braids (using 5 lengths of yarn, about 18 inches long.) Attach under the hat with room for the nose between and add some ribbons to the end of the braids to dress her up a little bit.
So, how did we do? Head to head, here are our two gnomes side by side. 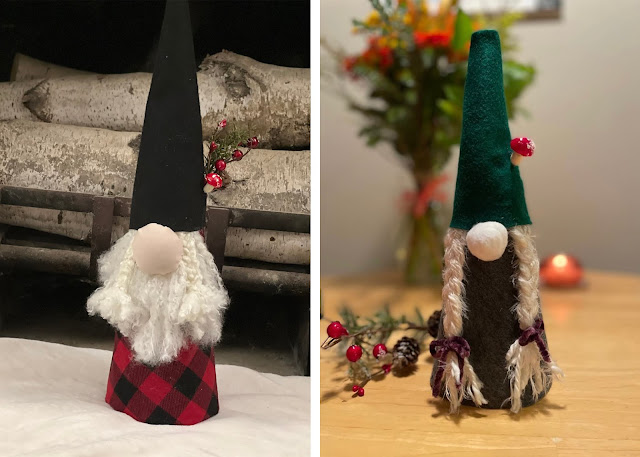 Let us know in the comments which build you like best! We think putting them side by side next to the fireplace would be a cute addition to your Christmas decór!
* * *
We would love to see your finished gnomes. Share with us on Instagram and include #supplyingcreativity so we can check it out!
Want to keep up to date with New Products, Trends and Notions News? Follow us on Social Media! What's New Videos, Product Releases, DIY's and more! Our social media feeds are always packed with fresh new content displaying your favorite brands!
Subscribe to our Youtube channel! https://www.youtube.com/c/NotionsMarketingCorp
Follow us on:
Facebook: https://www.facebook.com/NotionsMarketing
Instagram: https://www.instagram.com/notionsmarketing
Pinterest: https://www.pinterest.com/notionsmkting/
Posted by Notions Marketing at November 04, 2021
Email ThisBlogThis!Share to TwitterShare to FacebookShare to Pinterest

Hi and welcome to the Notions Marketing blog. We’re so happy you’re here!

This blog is meant to help showcase all things new and exciting in the craft world. From behind the scenes vendor visits, ideas to get you going on your next project, those must-have craft essentials and everything in between.

Our hope is that you feel more inspired to create than you did before you arrived.